How To Make Vegan Oxtails

There is no way anyone could tell the difference between this plant-based version and an animal version. The texture, the flavor, the appearance, the aroma. I challenge any meat eater who make Jamaican or Caribbean oxtails. Guaranteed if this recipe doesn't taste better it certain tastes the same at the very least. 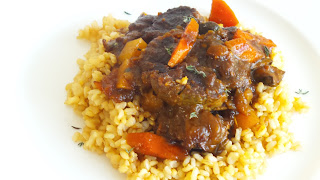 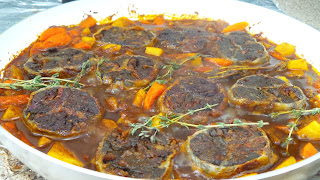 You can store uncooked Oxtail* cut wrapped tightly in plastic up to 5 days in refrigerator. If you desire to freeze the mock meat, pre-cut your portions and partially cook by way of baking 15 minutes or steaming 15 minutes, allow to cool and store in freezer safe container for up to a month. When you cook your mock meat be sure to bring the internal temperature up to 165 F for food safety.
Labels: caribbean stewed oxtails healthy oxtail stew Vegan Oxtails 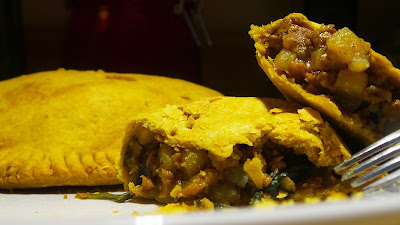